Movies are good means to showcase our thoughts and lifestyle to an audience. Different events inspire them, and the symbolism differs. Like other areas of specification for movies, gambling and casino movies are unique and creative in their corners. Directors, story writers, actors, and cinematographers execute their roles perfectly to bring original stories from fictional and non-fictional backgrounds. This article will discuss a list of the best movies about gambling and casinos based on popular reviews. Let's get going. 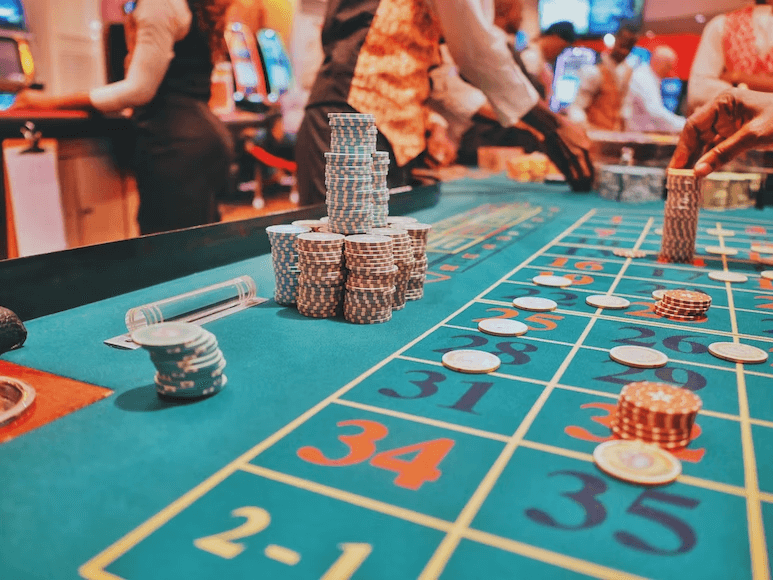 Get ready for a bunch of underrated films that you can add to your winter watch list that include gambling, casinos, poker and more. Our best movies about gambling and casinos list includes classics from 1973 up till modern classics from 2021.

Casino is probably the most searched for movie title in this category. Released on November 22, 1995, the movie is a story of murder, betrayal, deceptive arts, and gambling. What makes it stand out among many others is that the storyline was an adaption of the real-life Story of Frank "Lefty" Rosenthal. From the 1970s to the late 1980s, he managed three outstanding casinos in Las Vegas - Hacienda, Fremont, and Stardust casinos. In the movie, a Jewish American is sent to Las Vegas to coordinate a casino, and the plot is about the series of encounters he had.

It has a box office worth of $116million, double the budget. Put this in your to-watch movies if you haven't seen it before.

The Gambler is another autobiography-inspired plot. The movie's title already announced much – it is a story about a professional obsessed with gambling until he ran into debt. As the movie unfolds, the excellent directing and acting come to widen your ecstasy more. At the edge of his destruction, the Professor kept borrowing to sustain his habit and debts. Will he get a chance to win a pot? What risks did he take in his casino games, and how is a literature professor going deep into gambling that fast?

Imagine running a casino exclusively meant for the rich kids, the extravagant, politicians, top actresses, and most importantly, a secretive one. Molly's game is a story of a professional Olympic skier diverting her career line into casino operation. With the casino restricted to only 1% of the 1%, it soon became a centre for shady deals and meetings. Molly soon became a target for the FBI. Leonardo DiCaprio and Tobey Maguire are among the many big stars featured in Molly's poker game.

The Hustler was inspired by a real-life character, Rudolf Wanderone, a pool hustler. It is a tale about a multitalented pool hustler. After a few winnings and appraisals, he decided to challenge a veteran, and he lost everything. With his self-destructive nature dragging him down, he walked through the huddle of getting back stronger on track. This is one of the best movies about survival and motivation.

After losing to a Russian gambler in high-stakes poker, a character resorted to quitting gambling. When his friend came back from Prison, the only solution to resolving the debts was through the casino, and they went for it. In this movie, the pair almost lost, but the first character noticed they were playing against the Russian Gambler who took everything from him, and things got toughened. The movie's suspense and pace also set it up on the list of best movies.

Life soon takes a different turn after an angry young man summons a character to seek revenge in a card game. Earlier, a military colonel dragged the man off, and the plot revolved around how the duo made counters on the man's loss. The setting, plot, and execution are mind-blowing and it is regarded as one of the best movies for gamblers. Try counting cards in Blackjack yourself with our guide.

This memorable movie featured stars like Samuel L. Jackson and Phillip Baker Hall. It is a story about a homeless man who got raised through another man's intervention after losing all his money in a casino in Las Vegas and needing $6,000 for his mother's funeral. It has twists of relationships, casino player lifestyles, and betrayal while portrayed in an American setting.

The String won 7 awards out of 10 nominations it got. The movie isn't particularly about casinos, but gambling took the order of the plot. It was inspired by the real-life experiences of Fred and Charley Gondorff. The movie was also induced into United States National Film Preservation Board for its cultural importance. This is enough to convince you about its excellence.

A writer works as a croupier in a casino by daylight and writes by night. The Story unfolds when a south African seductress targets his casino for fraudulent acts. With suspense, great acting, directing, and pace, the movie captures the hearts of viewers.

Other best movies about gambling and casinos include High Roller (The Stu Ungar Story - 2003), The Cincinnati Kid (1965), 21 (2008), Tricheurs (1984), Owning Mahowny (2003), and more. You can check any of these up on your local streaming platforms, but there are might restrictions to viewing some, depending on the streaming laws in your country. Check out our homepage to find the best online casinos in Canada to try your luck.